I had a day yesterday which involved me with two lone parents, whose benefits had been sanctioned, and I was able to help them and feed their children at least. That was all they asked of me.
I ended up, last night, feeling very frustrated by this, and posted something on Facebook, pleading with The Church to at least be the voice of children in poverty. Who cares, really, when there are cuddly cats and dogs to be "liked", and the enormous amount of attention seeking, and massive amounts of low self-esteem to be pandered to.
I got a helpful reply from a priest in Brechin Diocese who is doing her bit, and I know that many individual churches are trying their best to feed the children of the poorest and most marginalised in our communities.
In St Mungo's there is an independent Foodbank operating every Tuesday, although The Rectory is open 24/7 for emergencies. In St Augustine's there is an amazing Food for Thought project that runs 24/7 which not only feeds, but follows up with practical care and support for individuals. New tenancies? No problem. Once we help families to become independent, they often come back to volunteer.
My gripe is with Bishops in the House of Lords and others, even in Scotland who are not prepared to make a stand against the reality that the folk on the margins are having to deal with. Let the voice of the poor be heard. Put it on the front page of newspapers.
Meanwhile, wee parishes, like mine, try to do our best. However something has to change.
If the Church can get real, and stop worrying about who goes to bed with whom and what they do in it, it would be a step forward. Those with power and money can debate the intricacies at their leisure.
Meanwhile, a generation of children need to be fed and looked after.
I can honestly say that I am ashamed to live in a country where this is happening.
Posted by Fr Kenny at 15:05

Fr Kenny
Coylton, Scotland, United Kingdom
Just a wee retired Episcopalian priest in Ayrshire, Scotland. An avid, depressed Partick Thistle Nil Fan, and a Procrastinator of Distinction, with ta beautiful Golden Retriever, two cats and a former Rectory Wife, (The RW). I post bits for everyone, or sometimes nobody at all except me! 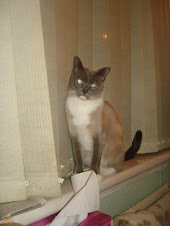